Become a Pragmatist → Listen to the Podcast →

Our Most Recent Clips

How do you see the midterms? How do you call the senate and what are the races that you're watching?

Are Independents Souring on Biden?

Do you think that these independents now have started to sour on Biden? And do you think this will carry on long enough to the midterms?

Is the "Big Lie" a Litmus Test for Republicans?

It seems like the republican party that has internalized the big lie, where it's almost become a litmus test for candidates even if it doesn't need to be.

Are national progressives are they basically tone deaf about the nuances of state politics, and it's just going to backfire?

Reactions to the California Recall Election

Will the recall scare for Newsom--polling showed he was at serious risk this summer-force Democrats to pay attention to issues Republicans care about?

Do you think conservatives are rushing too fast to embrace the policies of people like Elizabeth Warren and will hurt free enterprise and their own audience reach in the process?

What will be the "true" cost of the $3.5 Trillion Infrastructure Bill?

Who would have been a better president, Trump or Biden?

Carrie and Dave debate this question and offer up other people who might be handling today's issues better. Governor Ron De Santis anyone?

Is Inflation a Concern?

Should we be concerned about inflation and its impact on the economy and middle class?

What's the path forward for the United States and Joe Biden in Afghanistan?

What’s the path forward for America? For Biden?

Is the US Doing Enough to Help Cuba?

Cuba erupted in protests wanting more freedom and the U.S. is put into a debate about how to respond. Is the Biden Administration doing enough to help Cuba come out from communist rule?

Why are liberals so mad about the SCOTUS ruling on Arizona's voting law?

Is the Federal Reserve Downplaying Inflation?

Is the Federal Reserve underestimating the risks of inflation as one senior economist recently did in The Wall Street Journal?

Do Social Media Platforms Present a Biased View of America?

As the nation just celebrated its 245th birthday, the first in a series of I&I/TIPP polls finds that 68% of adults say they are “very” or “extremely” proud to be an American, with another 15% “moderately” proud. Do you think Twitter and other social media platforms convey a biased view of America?

Florida Gov. Ron DeSantis announced this week he will require high school students to learn about "the evils of communism and totalitarian ideologies."

Is the Two-Party system good for the United States? Should it change? Does it NEED to change?

Do you think Democrats in California, Austin, NYC and elsewhere should stop trying to punish Uber, Lyft and other rideshare services?

Is it time to put an end to the extra unemployment benefits from COVID?

Do you think it’s wise for Biden to meet with Putin, given that Putin doesn’t respect America?

Vice President Kamala Harris visited Guatemala this week and said “don’t come.” Do you think this is too little too late?

Google recently announced its Google Docs, the popular free word-processing software, would soon be nudging people away from what it deems as potentially sexist language, such as the generic use of “chairman”. Where do you fall on this Google decision?

Manchin, For The People, Senate Filibuster

Do you think Senator Manchin might switch over to GOP if Dems keep attacking him?

When You Pick Favorites, You Lose

China just announced it will lift its one (or sometimes two) child policy, limiting family size. The Chinese government has been known to force women to abortions to limit population growth. Do you think it will now force women to give birth against their will now that China is facing a demographic decline? If so, what should America's response be?

Do you think it will now force women to give birth against their will now that China is facing a demographic decline? If so, what should America's response be?

do you think the GOP has a solid case to make that more government spending will cause more price hikes because it depletes the value of the U.S. dollar?

Biden just released his $6 trillion budget plan. This is not binding, but do you think Democrats will use "reconciliation" to bypass the filibuster and get this budget passed?

A video is being shown

Stay in the Know

Get notified on updates, new episodes, and announcements. 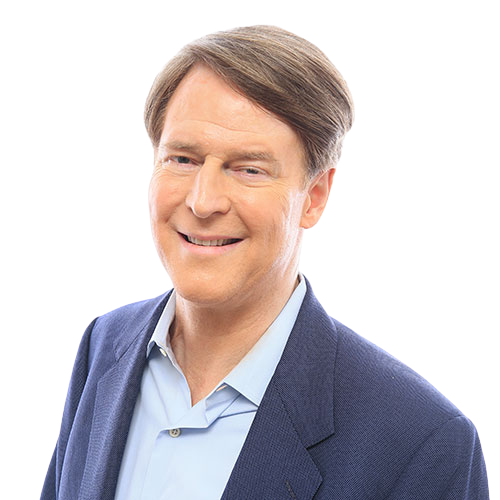 Dave’s journey towards practical politics was shaped by his background and a critical turning point in his life. Born in New York as a member of the Rockefeller family, he grew up around a culture of political interest and involvement and being part of a family that is one of the pillars of philanthropy in America.

But a devastating car accident at age 19 cost Dave a leg and the use of an arm. This life-changing injury required a physical, mental and emotional adjustment to deal with the realities of his disability, while also leading him to pursue a positive, pragmatic approach to seeing the world.

As part of his healing journey, Dave began sharing his experiences with others as a volunteer motivational speaker for amputees and trauma victims at medical facilities throughout the Bay Area. He broadened that outreach during six years of work for the Oakland Athletics and San Francisco Giants, with a focus on children and community service.

After earning an MBA, Dave created a wellness center in San Francisco, located in The Presidio National Park. And working with young people inspired him to found BayKids, a nonprofit organization that serves children through self-empowerment programs. Dave currently resides in Hillsborough, CA. 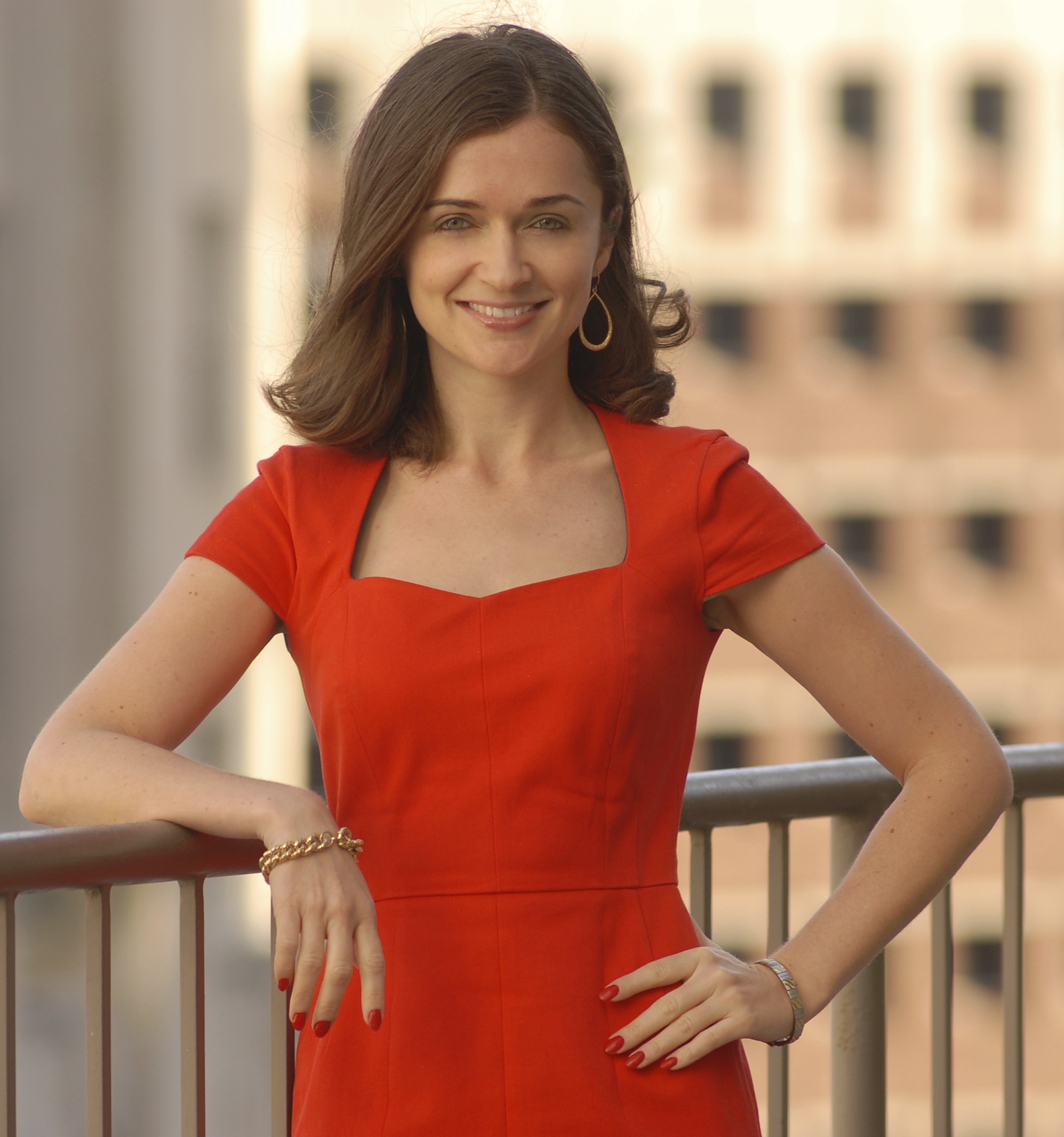 Carrie Sheffield is a columnist and broadcaster in Washington, D.C. A senior fellow at Independent Women’s Forum, she earned a master’s in public policy from Harvard University, concentrating in business policy. She earned a B.A. in communications at Brigham Young University and completed a Fulbright fellowship in Berlin. She managed municipal credit risk at Goldman Sachs and rated healthcare bonds at Moody’s Investors Service. Carrie later researched for American Enterprise Institute scholar Edward Conard and served as Warren Brookes Journalism Fellow at Competitive Enterprise Institute. While serving as executive director for Generation Opportunity, a project of Americans For Prosperity, she spoke at the U.S. Senate alongside key senators in favor of landmark tax reforms passed by Congress in 2017.

Carrie analyzed the 2014 Election Day results on MSNBC and interviewed House Speaker Paul Ryan on the mainstage of the 2016 Conservative Political Action Conference airing live on CSPAN. She provided analysis for Fox News’ first 2016 GOP presidential primary debate, co-moderated a U.S. House congressional debate in Harlem and debated healthcare policy with Tom Brokaw on MSNBC under host Chuck Todd the night of the 2016 Vice Presidential debate. She analyzed the 2018 White House Correspondents’ Dinner as a CNN on-air guest, encouraged 2018 midterm voter turnout for ABC’s “Good Morning America,” and live-tweeted for CNN Opinion on Election Day 2018. On the lighter side, she sparred on HBO’s “Real Time with Bill Maher,” got a ribbing from John Oliver’s “Last Week Tonight,” and responded to a bantering from Trevor Noah of “The Daily Show.”